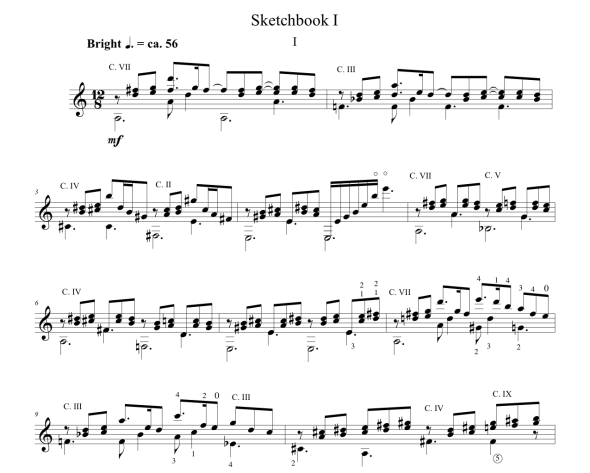 If you download a score please consider paying for it. You can choose the amount.

I had been writing evocative music for a while, and I wanted to get back to the more rigorous music I wrote as a student. And so, Sketchbooks was a deliberate exercise in developing small musical ideas, and letting purely musical considerations guide how the piece unfolds. I came up with about 30 short ideas, chose 21 of those to work with, and dove in. It was a really satisfying piece to write, and I think it changed me as a composer, hopefully for the better…

“Many of the sketches feature Karmon’s distinctive lyricism, while others may be dissonant and demented. Karmon’s writing maintains a hard to find balance between idiomatic guitar writing and composition that is independent of the guitar.”—John Oeth